What is a Flat?

3,000 miles across the Atlantic Ocean, many of our British neighbors talk about flats on a daily basis. A flat is a single, private residence attached to a group of other flats. What British English-speakers call a flat, American English-speakers usually call an apartment.

The two words are often interchangeable, but they can also have subtle differences in meaning. Here’s what makes a flat different from an apartment: 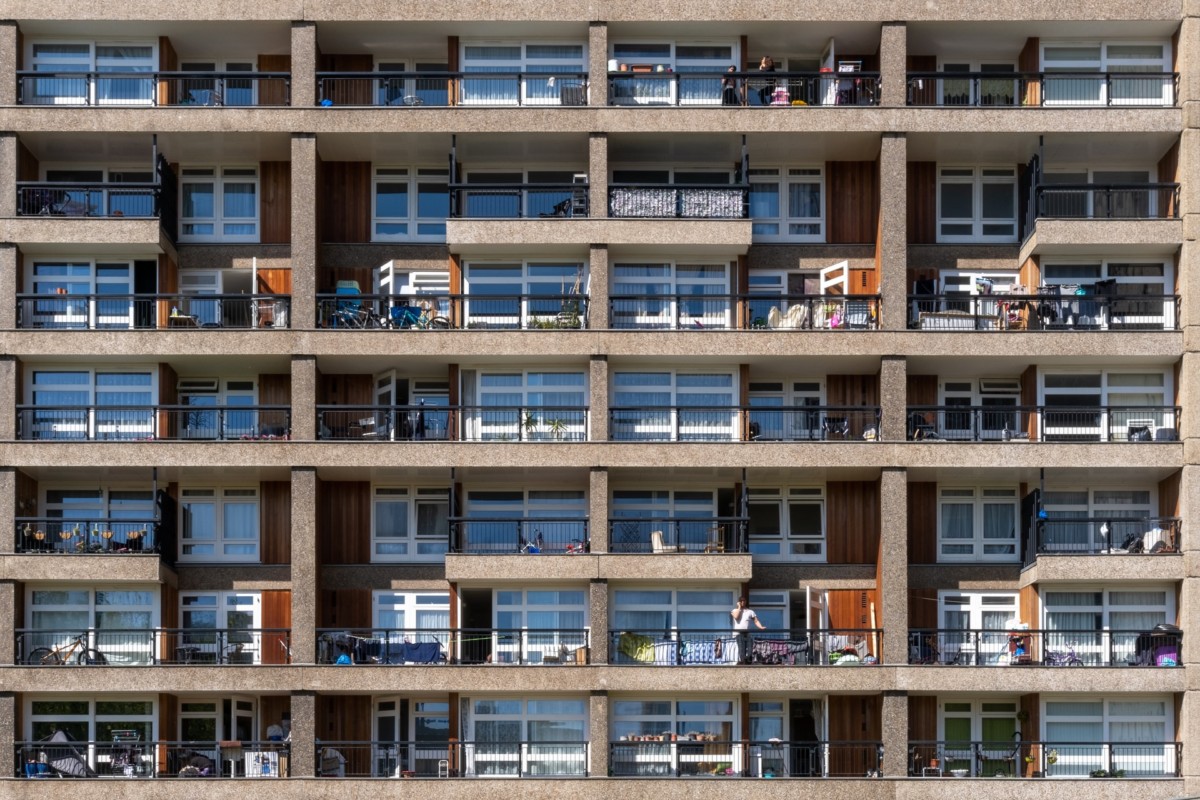 Flat vs. apartment: What’s the difference?

Apartment houses first showed up in the U.S. around 1830. Back then, each house had two to five stories, and each level contained apartments of two to four rooms.

Today’s apartments are similar, but they’re usually part of a larger building or apartment complex. Apartments can also be part of a two-unit duplex, a three-unit triplex, or a multi-unit set of rental homes.

In the U.K., you’ll find many of the same features that you would in an American apartment. That includes a living area, bedroom, bathroom, and kitchen. Studio flats, like efficiency apartments, don’t have separate bedrooms. Everything except the attached bathroom is located in the same room.

In the United States, the word flat is often used to describe a larger apartment or condo with modern design features and amenities. In British terms, flats usually include a wider variety of apartments.

When British people say “apartment,” they’re probably talking about a bigger, more amenity-focused living situation. For example, the typical apartment in Boston might be a 700-square-foot, one-bedroom rental unit. But in London, locals might be referring to a 1,500-square-foot, three-bedroom unit with all the bells and whistles.

A British flat is usually all on one floor, but that doesn’t mean it will always be small. A large, pricey apartment can also be called a flat. Although most flats are on one story, some flats and apartments have living spaces spread over two stories or more.

Flats and apartments can be rented or owned, but British flats and American apartments are almost always rented. While a few exceptions may allow you to buy an apartment or flat, it’s pretty rare.

Are flats different from condos or townhouses?

Flat and condo can mean the same thing, but not always. Most flats, condos, and townhouses are owner-occupied in the U.S., but they can still be considered rentals if their owner leases or sublets them.

In Britain, a condo is usually an owner-occupied flat, much like condos versus apartments in the U.S.

Condos and townhouses can be part of a multi-unit development with amenities like pools, fitness centers, and shared spaces. In the U.S., owners must follow guidelines set by the community’s homeowners association (HOA). Property owners pay their HOA a monthly fee for handling certain exterior maintenance and groundskeeping, along with other responsibilities. Why are apartments called flats in some countries?

The word “flat” comes from the word flett, an Old English word that means a dwelling, floor, or ground. This is why you might hear “flat” used in the United Kingdom, Australia, Singapore, Hong Kong, Malaysia, and other former British territories.

In the 1800s, the word flat was used to indicate a portion of the floor separated into a single living space or apartment. Old English had a heavy global influence, and the term flat spread across the globe.

The term “apartment” has a two-part backstory. The Latin root words ad and partem were formed into appartamento in Italian and appartement in French, which gave rise to the English word apartment.

How flats compare to other housing options You might find flats of different sizes and types in the same multi-unit building, from studio flats to units with four or more bedrooms. In general, rental rates go up with the number of bedrooms and total square footage.

A block of flats

A studio flat has one main room for sleeping, dining, and cooking, along with a small bathroom attached. You’ll also hear the term “bedsit” outside the U.S. Studio flats (or bedsits) tend to be the cheapest flats to rent.

Americans usually drop the “flat” and call it a studio (or studio apartment), but you’ll also hear an efficiency apartment or loft. In the U.K., if you see the term loft, it usually refers to an attic.

A council flat is a form of public housing owned by the local government. In house form, these are called council houses.

An owner-occupied flat is a single unit in a multi-unit building, where each unit is owned by the occupant. Americans usually call these condos.

This is the British term for a duplex, two separate flats that share a common wall. What Americans might call a townhouse, brownstone, or row house, British people refer to as a terraced house. A terraced house is considered a semi-detached home when it’s located at the end of a row and only has one neighbor.

Penthouse flats are located on the top floor of a multi-story building. They tend to be spacious and luxurious, but they can cost a pretty penny.

Like in America, student flats come in all shapes and sizes in the United Kingdom. They’re most often shared among two to four people, but some student flats can house more. Others may be rented to a single tenant.

One-bedroom flats are all in the name: a flat with one bedroom. This residential property is best suited for one person living alone or a couple. They’ll have a combined living room and kitchen, or a living room in one area with a separate kitchen.

Two roommates sharing accommodations might gravitate toward a two-bedroom flat, but they can also suit one person who wants an extra room.

Three- and four-bedroom flats might house two or as many as eight people. That depends on room sizes, tenant preferences, and limitations in the lease agreement.

A two-flat house is a two-story building with a shared entrance but a separate residential unit on each floor. One tenant rents the ground floor while the other rents the entire floor above it. There are also three-, four-, and six-flat houses.

Two-flats are a Midwest specialty. They’re especially common among apartments in Chicago, where they make up almost one in every three houses in the city. In neighborhoods like Little Village, Brighton Park, and West Garfield Park, two-flats account for more than 60% of the housing stock.

This type of housing is usually called a duplex in other parts of the country, although most duplexes share a wall instead of a ceiling or floor.

Many, but not all, two-flat houses share similar traits: Budgeting for a flat (or apartment)

Try to apply for an apartment that fits within your budget. Remember that landlords or property managers will require you to pay a security deposit and the first month’s rent upfront. The first month may include a lower, prorated rent if you’re moving in the middle of a pay period. In some apartment buildings, you’ll need to pay the last month’s rent, too. And don’t forget any additional fees for pets, parking, and amenities.

The “30% rule” is a common way to find your ideal rent payment. You simply take 30% of your monthly gross income (income before taxes and deductions) to figure out how much you can comfortably spend on rent.

For example, many people who earn $3,000 a month will be able to comfortably spend about $900 to $1,000 on rent. But there are always exceptions, and no two tenants’ expenses are exactly the same.

In larger, pricier areas like New York City or Los Angeles, you may have difficulty finding a flat that follows the 30% rule. You might opt for the “50/20/30” method in cities like these. This rule of thumb factors up to 50% of your take-home pay toward rent and living expenses like utility costs, groceries, car payments, and other recurring payments. After those, it commits 20% to savings and paying off debt, then leaves 30% for entertainment and any additional expenses.

The post What is a Flat? appeared first on Redfin | Real Estate Tips for Home Buying, Selling & More.

Why It’s Still a Sellers’ Market
August 4, 2022
What Are Suburban Apartments? All About These Affordable Homes
July 26, 2022
Industrial Loft Apartment: A Captivating Return to Warehouse Roots
July 26, 2022

Expert Housing Market Forecasts for the Second Half of the Year
July 12, 2022

Is Homeownership Still the American Dream?
July 5, 2022
Go to Top